The Phillips family roots run deep through the heart of Hendricks County, Indiana.  Able farmers of Quaker descent, these generations of Phillips have worked the land from Pennsylvania, to North Carolina, to the rolling pastures of the central Indiana.  The names listed below represent more than a mere accounting of simple country folk.  They are the imprints left behind of immigrants, and soldiers and pioneers.... men and women who worked hard to create a good life for their families, and communities, and who, by doing so, left us heirs to a rich and bountiful history.

It is to each of those who came before, that this site is lovingly dedicated.

George Phillips immigrated to the United States, a servant of Henry Maddock of Manturch, Cheshire, England.
Aboard the ship, Endeavor of London, he arrived at the Delaware River in Pennsylvania on January 23, 1683.
Following his apprenticeship (abt. 1699), George Phillips married Patience Griffith, daughter of Howell Griffith,
and sister to Abraham Griffith.

Of English Friends faith, George and his bride selected their first residence within the boundaries of Abington and
Gwynedd Monthly Meetings.  On June 25, 1712, George purchased 300 acres in the Manor of Richland, PA.,
a tract adjacent to one purchased by his brother-in-law.   In 1713, George Phillips, his wife Patience and
brother-in-law Abraham Griffith, relocated to their respective properties in Richland, Bucks County Pennsylvania ,
where they were recorded as being among the area's earliest settlers.

George Phillips and Patience (Griffith) Phillips had nine children, and their births are recorded at Gwynned.

(II) George Phillips Jr. (1706-abt. 1756)
Born October 5, 1706.
Moved with his parents to Richland, PA., when still a child.
Was a farmer.
Married Alice Fairman at Christ Church in Philadelphia, PA., on July 3, 1727.
In 1740 George Phillips Jr. purchased a plantation in Milford Township,
Bucks, Pennsylvania, where he lived until his death.
In 1751 William also purchased a 125 acre tract in Richland, near the
Meeting House, which his widow sold to Mr. John Foulk December 17, 1754.
George Phillips Jr. died abt. 1754.
Alice Fairman Phillips, a tailoress, lived the last 40 years of her life in a tenement
near Trumbaursville, PA., which was given to her by her son, Joseph Phillips.
Her will was dated August 10, 1806, and bequeathed her estate to daughter,
Alice for the duration of her life, then to Samuel Walton, who was the son of her
nephew, Moses Walton.

1. Joseph Phillips (abt. 1730-1791)
Born abt. 1730.
Was a Blacksmith.
Was a farmer.
Married Mercy Walton.
Bought his father's 132 acre tract in Milford Township, PA.
at a sheriff's sale on march 11, 1756.  This purchase likely
included the Trumbauersville property, which he later gave
to his mother.
Joseph Phillips died in 1791, having named his brother-in-law,
Joseph Walton, executor of his will.

6.  Ann Phillips (?-?)
Never married..
Appeared to have lived at home her entire life.

(IV) John Samuel Phillips (1775-?)
Lived at one time in North Carolina
Married Salome Sarah (Sally) Sides
Salome Sarah (Sally) Sides was born in 1775, and died in 1857.
The couple had eleven children, but one set of twins died at birth.
Moved to Wayne County, Indiana after the birth of their children.
John Samuel Phillips died in Wayne County, IN., not long after relocating there.

Joel Phillips
Born January 30, 1832.
Married Anna Jane Baldwin, daughter of Lindsay and Mary Baldwin
who were members of the Back Creek Meeting.

Children of Eli Phillips and Peggy Cosner: (All born in Hendricks County, Indiana)

(VI) William Wesley Phillips (1837-1902)
Born January 2, 1837, on his father's farm in
Hendricks County, Indiana.
William was reared among the county's pioneers,
and received his education at the "old log school-house".
Like his father, William Wesley Phillips was a farmer.
He enlisted in the Civil War February 7, 1865 (age 28)
at Indianapolis, served seven months in the 148th Indiana
Infantry, Company B, and was honorably discharged
Sept. 5, 1865 at Nashville, TN.
Was disowned by the Mill Creek Friends Meeting for his
participation in the war.
While on active duty, he served at Nashville and Fort
Pulaski, and performed guard duty at other points.
William Phillips, without an issued uniform overcoat,
contracted rheumatism from sleeping on the damp
ground at Camp Connington, Indianapolis.  While known
for being an "active man", William's Rheumatism later left
him dependent upon crutches, and eventually completely
disabled.  It was for this disability that he received a $30
monthly military pension.
Following the war, on march 17, 1867, William married
Sarah Frances Henderson in Clinton County, Indiana.
Sarah was born February 22, 1849, and was the daughter
of William and Mourning (Ballard) Henderson of Posey
County, Indiana.  Sarah's had one sibling, a brother,
James Henderson , who was a student of Amo High
school, and later became a well respected Physician.
Approximately one year after their marriage, William and
Sarah Phillips purchased an 80 acre farm in Hendricks
County, Indiana.
William was a member of the G.A.R.,  Reuben Masten Post
#431, at Amo, Indiana. (Grand Army of the Republic:
Son's of Union Veterans of the Civil War).
William and Sarah where Republicans, and members of
the Progressive Friends Church, where they both were
overseers of meetings.
William Phillips died December 12, 1902. and is buried at
Spring Friends Cemetery, Clay Township (age65)
Hendricks County, Indiana.
Sarah Henderson Phillips died March 18, 1914  in
Amo, Hendricks County, Indiana (age65).
William Phillips and Sarah Francis (Henderson) Phillips
are buried in Spring Friends Cemetery, Clay Township,
Hendricks County, Indiana.  Row 4, Lot (a).
See: "Indiana Quakers Confront The Civil War"
by Jacquelyn S. Nelson
c. 1991, Indiana Historical Society - Indianapolis.
Pages 201 - 202.

Children of William and Sarah Phillips:

4.  Emma Eunice Phillips (1874-1962)
Born in December 9, 1874 in Amo,
Hendricks County, Indiana.
Never married.
Graduated Central Normal College in
Danville, Indiana, and was a teacher in
the Amo, Indiana Schools for many years.
Emma Phillips was involved in the grocery
business at Amo, Noblesville and Greenfield,
IN., and was also employed at the Amo and
Stillesville, Indiana banks.
Emma Phillips died February 13, 1962, (age 87)
at the Golden Rule Nursing Home in
Danville, Hendricks County, Indiana, where
she had been a patient for some time.
Her funeral services were held at the Amo
Friends Church, (Rev. Shirley Brown officiating),
and she was buried in the Amo Cemetery. 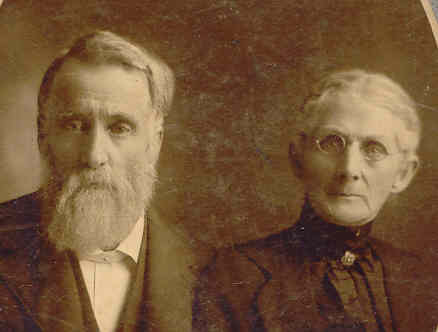 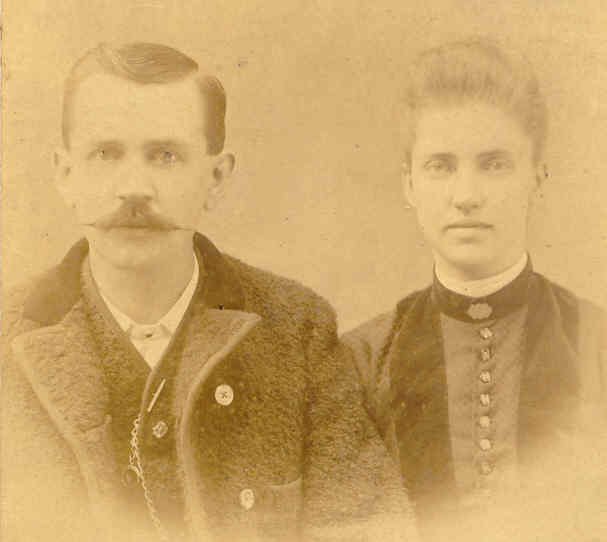 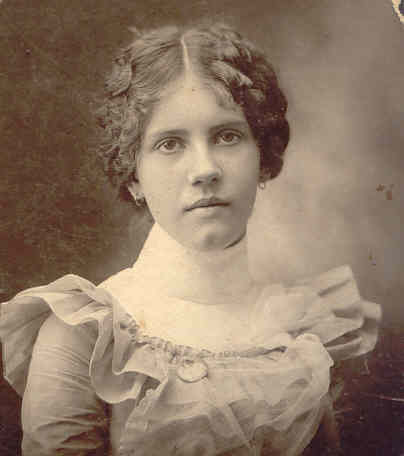 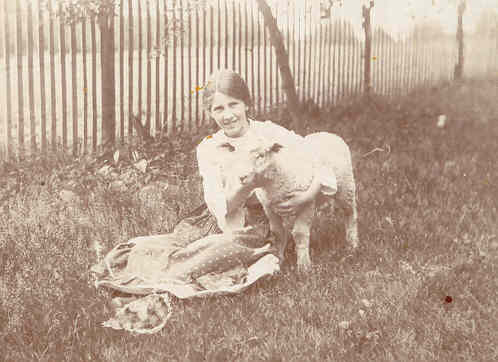 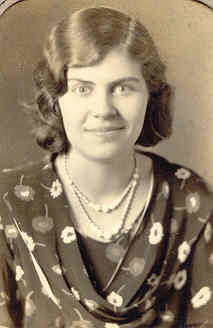 Back To Finch History